Showing posts from May, 2017
Show All

How To Earn Steady Income From Your Skills 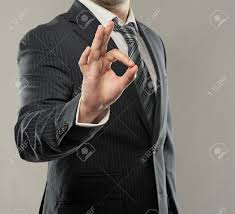 #Business Are you in dire need of a regular source of income? Are you tired of working for other people but you don’t have enough capital to start your own business? Are you looking for other means of income? Do you have marketable skills and you don’t know what to do with them? Do you have hobby that you don’t want to let go? If your answers to the following questions are in affirmative, then this particular post is meant for you. In today’s blog post, I ‘m going to discuss on how you can use your soft skills and great assets to make money, in which many people do not know how to use them to their own advantage. These are ways through Entrepreneurs can make money with their soft skills and hobbies. Let’s get started. Writing contents for Professionals People with writing skills can make money in many ways and one of the lucrative uses of their skills is by writing great content for professionals.  Notably, Professionals such as Doctors, Lawyers, Dentists, Banke
8 comments
Read more

9 Freelance Businesses That Can Make You Rich 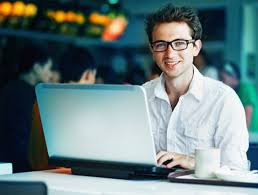 #Business I read a story recently of a University Graduate, who said that Education is a scam. I couldn’t help but laughed at his ridiculous assertion. The issue is that this guy was made to believe that after he finishes his University Education, he will be gainfully employed. However, the reality is staring at his face now, as he has been on a job hunt for almost one year now, without a job. According to him, he has submitted more than 50 application letters, hoping that he would be invited for an interview, which   did not happening. I wouldn’t blame the guy for venting his anger for not getting a job after his graduation. But I’ll fix the blame on the Educational System that does not train students or programme their mindset to be job creators after their education, rather than been job seekers. The whole essence of somebody going to School is for the person to acquire knowledge that will solve the problems of mankind. So there, their thinking should be c
2 comments
Read more

How The “Can Do Spirit” Helped Anthony Joshua To Win The Bout. A Lesson To Learn

Anthony Joshua #Humanity History was created just last week in Wembley, far away of UK. The Local and International media were agog with the news of Anthony Joshua, a -27 year -old Nigerian Boxer, who won a heavyweight boxing championship convincingly against a renowned Ukrainian boxing icon, Wladimir Klitschko.   Before the sensational fight, many boxing enthusiasts believed and stuck out their necks for Klitschko, taking into cognizance his pedigree, maturity, and experience in the field of boxing. Many pundits thought that it would be a simple walk out for Klitschko, who have a knack for given his opponents a knock out within a shortage possible time. Surprisingly, on the fateful day, the table turned against this former heavyweight boxing title Holder. Anthony a determined young and courageous Boxer took on Klitschko tenaciously and at the eleventh round, he carried the day. One may ask what gave him t
4 comments
Read more
More posts