7 Streams Of Income That Can Make You a Millionaire 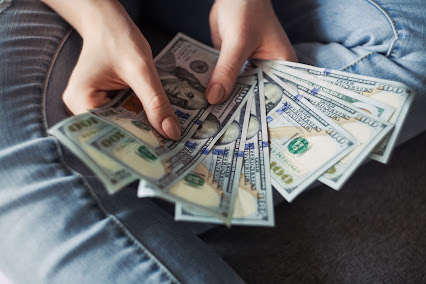 Most people have a job, and that means they have to show up to work every day. In exchange for doing this, they get paid, either by the hour or with a monthly salary. And while many people consider this a necessary part of life, I’m here to tell you it’s not.   Here’s why.   When you trade your time for money, you limit the amount of money you can earn. And that’s true no matter how much money you make. The key to earning passive income is to trade less of your time for more money. Let me give you a brief example. (We’ll talk more about this later on this blog post.)   Just imagine that you want to earn that $84,000 a year; you would have to work 3,640 hours a year. (People who work a 40-hour week “only” work 2,080 hours a year.)  And all those extra hours won’t contribute to a happier life, either. Sure, you would be able to pay the bills easier and maybe send your family off on a nice vacation (You won’t be able to go—remember you’re tied to a desk 70 hours a week.)   B
Post a Comment
Read more 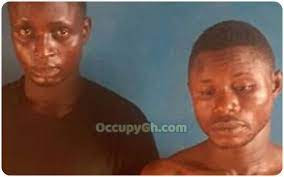 The Ogun State Police Command has arrested a 35-year-old man, Eluyera Wasiu, for allegedly plotting to kill his 29-year-old pregnant ex-wife, Bola Taiwo, with his friend, Adeniyi Samuel, after two attempts at food poisoning. In a statement issued on Monday, the Command's spokesperson, Abimbola Oyeyemi, revealed that Wasiu was married to Bola but they divorced due to irreconcilable differences. He later married another woman, who is still living with him. Oyeyemi said: “But somehow, he met with his former wife and they started going out together again which resulted in pregnancy, “In order not to upset his new wife, Wasiu asked Bola Taiwo to terminate the pregnancy, the suggestion that was rejected by Bola Taiwo. “Having tried all he could to abort the pregnancy to no avail, Wasiu Eluyera decided to eliminate the woman and the pregnancy.” The police spokesman said Wasiu was arrested alongside his friend, Adeniyi Samuel, on Saturday, January 1, after neighbours alerted
Post a Comment
Read more

7 Reasons Why People Make The Wrong Choice Before The Marriage 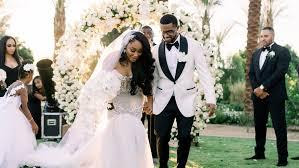 The constant dissatisfaction, the rush, the way how we try to make everything happen fast — these are just some of the things that force us into making decisions that would be better not to make sometimes. We say yes to things that with a clear mind we would never do so, but then and there it looks like the correct decision, like something you have to make — even without any idea of why. Maybe it’s because you feel lonely; maybe because it is like that for too long already. And there you go The next moment you are already into something that’s harder to get out from than anything else before. But there might be a lot of reasons why you find yourself in the wrong relationship. This is what we are talking about today. 1.     Lust of the flesh Lust of the flesh or a craving for sexual gratification is by definition a strong desire. Instead of using courtship to build and nature friendship, commitment and ensuring qualities like golly character, virtue, integrity and compatibility, s
Post a Comment
Read more 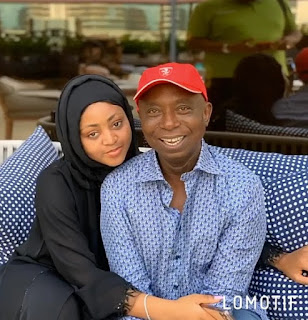 Prince  Ned Nwoko   is a Nigerian lawyer, business tycoon, politician and humanitarian. He was a member of the House of Representatives (Nigeria) between 1999 and 2003 representing Aniocha North-South and Oshimili North-South. He took his Malaria Awareness campaign to South Pole, Antarctica. In a recent interview gra nted to BBC Pidgin journalist, he dropped a shocking revelation that his wife Regina Daniel knows that he could marry another wife.                                        Ned Nwoko & Regina "I married Regina Daniels within weeks" That's how I married other wives. "I don't believe in dating anybody to marry a lady when you marry them you can fall in love from within the marriage. Like my time in the 60's they were not dating, there were arranged marriage, most girls were expected to be virgins when getting married. Before I met Regina I don't know about her, I don't watch movies, I never watch movies. I met her the first time when
Post a Comment
Read more

#Humanity Lee Redmond holds the Guinness World Record for the longest fingernails ever on a woman, but they were ripped from her hands in a horrific accident. Lee Redmond hasn't cut her fingernails since 1979. She dips them in warm olive oil every day and uses a bottle after bottle of strengthening and polish to keep them in top condition. At their longest, her nails on both hands measured a staggering 8.65m in total - earning her the Guinness World Record for the longest fingernails on a pair of hands (female). She said: "It was just a challenge to myself to see how far they would go before they started twisting out of shape. "I kept setting dates and dates that I was going to cut them and I just couldn't do it. "It's strange how they become part of you. "I think my fingernails defined me to a lot of people, I was known as the fingernail lady but to me, I would have to explain to them there really is more to me." She told a witness at the scenes th
Post a Comment
Read more

# Humanity A story of a young boy who got married to a 22 years old girl has set the internet on fire. A teenage boy, Samuel Abraham Onuoha, a 15-year-old boy has married his lover, 22-year-old Anurika John in Abia state. It was a dramatic moment when the wedding ceremony was held on Sunday 26 April 2020 in Amaiyi Igbere in Bende L.G.A of Abia State. Samuel is the only son of his late father Mr Abraham Onuoha, who died in 2010. According to the mother, Mrs Peace Abraham, Samuel was born in 2005 after many years of marriage without a child. His mother also revealed in an interview that she was forced to accept the marriage due to the condition of her husband’s family. The minister Rev. Okoro Ogbu of the Assemblies of God Church, who officiated the wedding ceremony, advised the couple not to be amazed by the way of the marriage especially the age in which Samuel has decided to get married. My question is if age does no
Post a Comment
Read more

#Humanity A bright doctor from the West African country of Nigeria Babafemi Taiwo is leading part of a major study on antiviral drug Remdesivir appearing to treat COVID-19, the potentially deadly respiratory disease caused by the coronavirus, which has killed more than 200,000 people around the world. CNN interviewed Dr Taiwo, whose name suggests he is a twin from the southwestern part of Nigeria, to discuss the promising results. Remdesivir, the antiviral drug made by Gilead Sciences, appears to help coronavirus patients recover more quickly than no treatment at all, but it does not significantly reduce death, according to preliminary data from the National “For the first time we have a large, well-conducted trial” showing a treatment helps, he said. “This is not a miracle drug … but it’s definitely better than anything we have.” Fauci said the partial results showed that the drug had “a clear-cut significant positive effect,” shortening the time to hospital disch
Post a Comment
Read more
More posts

kufre Ekpo
Ikeja, Lagos State, Nigeria
Hey! My name is Kufre Ekpo. I am a creative Writer, a Blogger, and an online Affiliate Marketer. I am Ezine Article’s Author and the Author of the best-selling novella - The Pains of a Mother, the short story that was voted the second best in the wildsoundfestival’s logline website in 2017. I love reading, writing, eating Calabar food, and surfing net and I will like to take over the internet very soon. In my blog website – KUFRE EKPO’S BLOG, I write about Writer’s Life (writing), Business, Humanity, Lifestyle, and a lot more... You can visit my blog website for thought-provoking write - ups. Follow me on twitter @kufekpo. Kufre is residing in Lagos State, one of the mega cities in Nigeria - the most populated black nation in the whole world.