Showing posts from March, 2020
Show All

Cheeky Boy Makes £9 Charging Kids To Use His Hand Sanitiser 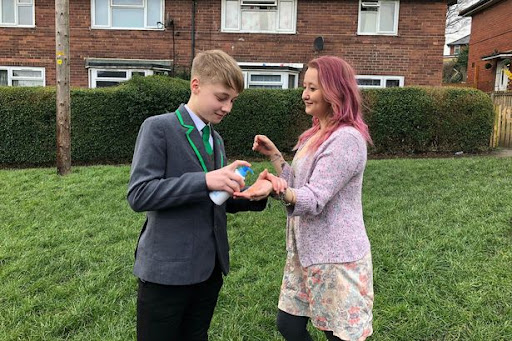 #Business The recent outbreak of coronavirus has made a good number of people to start selling hand sanitizers and making cool money. Far away in the UK,  a  13-year-old Oliver Cooper charged his friends to use his hand sanitiser , as you can see in the picture above. A mum has gone viral on social media after explaining why her teenage son was sent home from school rather early on Wednesday morning. Some people have decided to steer clear of crowded places and avoid any interaction with strangers. While others have taken more drastic measures and have been cautiously  bulk buying toilet roll,  soap, and food in case they have to self-isolate, causing shops to run out of stock. But one teenage boy decided to seize this as an opportunity to make a little extra money so he could buy some snacks. Yes, really. Mum-of-seven Jenny Tompkins took to social media on Wednesday, to explain how her teenage son, Oliver Cooper, had been caught charging his peers 50p e
Post a Comment
Read more 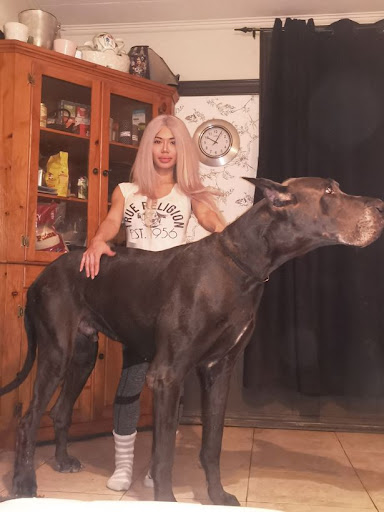 #Lifestyle Jenny Saccoccia, from Ontario, Canada says her Great Dane Thunder towers over her so much he's often mistaken for a horse - but he's a gentle giant and even afraid of smaller dogs. According to her, this 7 feet tall is constantly mistaken for a horse by her pooch. This is what  Jenny Saccoccia says about her dog. "They think I'm walking a horse. "Even the vet is always talking about Thunder because they can’t believe how big he is." Despite his size, Jenny says he's a gentle giant who is adored by children and smaller dogs alike. "He's so well behaved, we can leave food out and he won't touch it," she says. "He just hangs out with us, he pokes his head in the fridge but doesn't touch anything. "My friend has a two-pound Chihuahua and she loves Thunder. "She jumps on his ankles and he's great with kids. All of our nieces, nephews and cousins love him too." The Grea
Post a Comment
Read more

Ike Eweama: Nigerian Man Who Got Promoted to Colonel Rank in US Army #Humanity A lot of Nigerians abroad are making the country proud with their achievements in any field they find themselves - Ike Eweama has joined other Nigerians in changing the country's narrative after he was promoted to the rank of colonel in the US Army. Colonel Eweama is a Ph.D. holder, and he is representing the country in the US through his calling as a military man.  Eweama was born in Lagos, Nigeria and is a decorated member of the United States military.  In recent times, Nigerian nationals living abroad have been changing the narrative of the country for good, a development that has made citizens proud of being associated with the country.  Colonel Ike Eweama and his colleagues.  In other news, a Nigerian lady who appears to be fed up with the situation of things in Nigeria has said her belief in
Post a Comment
Read more
More posts