Showing posts from April, 2018
Show All

8 Strategies For Finding Hidden Profits In Your Business

- April 30, 2018
#Business There is no gain saying in the fact that an entrepreneur who sets up a business usually has one thing at the back of his mind – that is to maximize profit in the business. Until he does this, the whole essence and purpose of starting up a business is defeated. On the blog, I am going to share with you some of the strategies in which an entrepreneur can adopt in his business, in order to make profit and these strategies were suggested by business experts and many other things concerning business productivity, during the seminar. For you know these strategies, I will advise you to keep on reading the post. In a recent educative seminar organized to sharpen entrepreneur’s skill for maximum productivity, an expert in Success Attitude Development Centre (SADC) in Lagos, maintains that “ success is a journey, not a destination”. Mr. Sunny Ojeagbase , the Publisher/Editor of success Digest and founder of SADC, who was a lecturer at
1 comment
Read more

Top10 Tips What Authors Need To Know Before Publishing 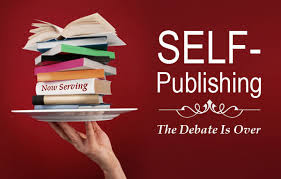 #Writer’s Life Basically, there are a lot of things that an Author needs to know before he makes a move to publish his contents. Perhaps, you are a writer, and you want to put your write-ups   in a book, e-book or any format,these   ten tips I’m going to share with you will be an immense help to you in publishing. 1 . Multiple Book Formats Are Your Friends . Like many businesses, books benefit from diversification. Consider publishing in all formats - paperback, hardcover and eBook - to reach the largest audience possible. 2. Have A Marketing Plan Outlined Before You Publish Your Book. When it comes to book sales, fabulous writing is only half the battle. Having a marketing plan in place early will help you on your path to success. 3 . Editing, Editing and Editing Your book could be the next Moby-Dick, but if it’s filled with grammatical mistakes and misspellings, it will distract your reader and take away
Post a Comment
Read more

Why This Bride's Parents From China Can't Attend Daughter's wedding In U.S.

#Lifestyle We’ve seen how American immigration laws have broken apart families, such as when some arrive illegally and have children in the U.S., and then the parent is deported back to his or her country. For authorized immigrants, though, there’s another legal hurdle that often causes heartache: obtaining a visa to visit the U.S. for weddings, the birth of a child, or other special occasions, which is often a very difficult process. This week, Fran Romano went to Florida NBC affiliate  WFLA with the story  of how her future daughter-in-law’s parents, who live in China, have just been denied visas to attend the wedding from the U.S. State Department. “She wants to dance with her father. She wants to dance … because I’m going to be dancing with my son, and she wants to dance with her father,” Romano told WFLA of future daughter-in-law Yili Lin. But as of right now, they can’t, because the U.S. State department decided that there was not sufficient evide
Post a Comment
Read more

How To Break Into Market With Your Products 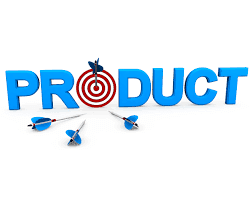 #Business Stepping into an existing market with a new product is like little David confronting giant Goliath. But not everybody have what it takes to face the threat of Goliath in their business. The larger than life image of already existing and well known products is enough to edge out the new product that has all the odds against it. This accounts for why many step into business with a lot of zeal, vision and inspiration but later step aside (in some cases, step out completely) with frustration, regrets, and bitterness. For somebody warming up to start his business, his first decision concerns the product or service he wants to introduce. The decision is quite tasking as almost all areas look congested. But are they really congested? Every sector of the industries seems to be no go area and they are being dominated by the big and well-known companies out there. In 80’s, the movie market was virtually dominated by foreign vide
1 comment
Read more
More posts