Showing posts from February, 2016
Show All

How To Get Massive Traffic To Your Blog 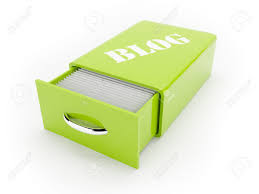 #blogTraffic Hey there, Last week, I shared with you the best tips for writing an effective blog post based on my personal experience. Like I said before, it’s not that easy for someone to write a post that people including your readers will read it, comment on it, or even share it on other social media. Read the post here Best tips for writing excellent blog.   For people to drop by and read your blog post often, it means that it is either you are a good writer/blogger or your contents are very rich. This, of course, will attract readers to your bog. Then and only then, you will experience traffic in your blog. In my own case, I’m not a very good writer but then I learnt a lot what could be done to get traffic and I took a great deal of time to practice on them. The result is awesome.   Do crickets chirp on your blog?   I mean, do you publish posts on your blog and then nothing follows but absolute silence? You know- no comment, no shares and not even many r
2 comments
Read more 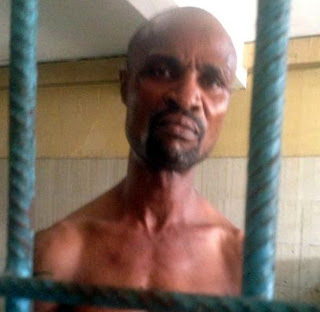 #Humanity Again, another case of sexual abused by a father has been reported in the Police Station. One wonders what kind of punishment should be melted out to these culprits, in order to prevent this crime or to permanently deter them from perpetrating this evil in our society. KEB gathered that Police in Lagos have arrested a 47-year-old man, Femi Kolajolu, for allegedly raping and impregnating his 15-year-old niece (names withheld). He had also attempted to rape his daughter last November. It was reported that Femi had allegedly been raping his niece since 2013 and instructed her not to inform anyone, including her mother. Meanwhile, Lagos State Domestic Violence and Sexual Response Team, DVSRT, Coordinator, Mrs. Titilola Vivour-Adeniyi, said the state government had demanded for the duplicate of the case file to commence prosecution. According to Vangard, Femi, who had been detained at the FESTAC Police Division, however, denied the allegations. Her story The niece,
Post a Comment
Read more 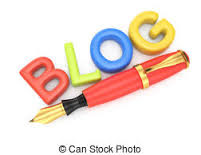 #Writing Hey Readers,   I want to use this medium to inform you all that my blog – kufre Ekpo’s blog is a year old this month. When I checked the pageview of my blog as at yesterday, it was quite impressive. Also, the statistic of those who came back to read my post often is 80%. To this end, I want to immensely thank you for always dropping by to read my blog. In today’s blog I’m going to share with you the experiences that I’ve gathered so far since I started blogging. Like they always say “Experience is the best Teacher” and come to think of it, what you know will make you to stand out differently among others. Have you been writing a blog for sometimes now and you are yet to establish any growth and by “growth” I mean “increased pageviews? Interestingly, we have millions of blogs out there and it is, however, important that you should have good tips and advices on how to go about writing a blog . There are also plenty of not-so-good advices. It can be so frustrati
3 comments
Read more

How To Enrich Your Writing skill with All Five Senses

Image via ShutterStock.com .   # Writer’s life There is no gain saying in the fact that many creative writers , having a stream of flowing thoughts or ideas coming to their mind found themselves not able to write exactly what they wanted to write in one time or the other. They will grasp their writing pads or put on their laptops, ready to pouring out their mind into writing and they got stock up on the way. Oddly enough, this could be quite frustrating. This, of course, has happened to me many times. It is not that the writer does not know what to write about or lacks the inspiration to keep the burning flame of writing alive. But sometimes, you just feel so blank… to communicate your ideas, even if you have them. How writers in this state of dilemma can forge ahead? Today, I’m going to discuss how a writer can enrich his or her writing skills, by making use of all the five senses of human. I guess you still remember all
1 comment
Read more 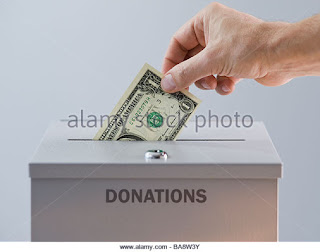 #Business Hello Guys! Recently, a friend of mine Mr. Dickson Edet, an internet network marketing guru introduced me to icharaity club and I felt I should share it with you all, especially for those who are serious-minded people, when it comes to doing business or investing in online business. In today’s blog post, I’m going to discuss something that will open your eyes to money making opportunity. It is charity club - the charity organization that you can make $100 in 1 single day . If you are willing to honestly invest in this money spinning programme, you will become a millionaire in the next 3 to 6 months. What is icharity all about? Icharity club is relatively new online programme. It was launched in December, 2015. It is a charity organization with sole aim of helping its members around the globe to donate and receive money from others. Just like Helping Hands International , empowerment-based membership programme, a global opportunity born out of the passion fo
11 comments
Read more
More posts