Showing posts from November, 2015
Show All

An Unexpected Way to Express Yourself 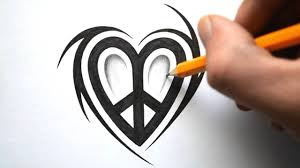 #Creativity   It's Thursday and this is going to be my last post for this month. Thanks for sticking with me so far.   I'm going to start today's blog with this question: Think words are the only way to express yourself? Words may be the best way for us as writers, but they're not the only way.   Here's what I mean. I recently I read about a travel blogger who took up painting during one of his early trips. Now he creates a treasured piece of artwork on every single one. This not only nurtures his spirit and makes his memories more tangible, it has made him a better blogger. Look at his creations and you can pretty much feel the emotion in every brush stroke.   Numerous studies show a positive link between painting or drawing and productivity . Some scientists even believe creating visual art can change your brain, not to mention reducing cortisol levels and normalizing heart rate and blood pressure.   Have you ever been to a party or eve
Post a Comment
Read more 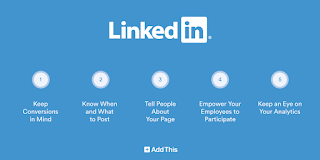 #Business Having a presence on LinkedIn is more important for your business than ever. Not only is it the world’s largest professional social network, but new members currently sign up at a rate of more than two per second . Having a company page on LinkedIn gives you tremendous growth opportunities, including: Increasing brand awareness Connecting with and acquiring new customers Promoting events Engaging with influencers in your industry Recruiting talent LinkedIn is also a proven traffic driver for B2B websites. In fact, LinkedIn accounts for 64% of all visits from social media channels to corporate websites . Did we convince you? If so, here are five tips to get your company up and running on LinkedIn. 1. Create Your Company Page with Conversions in Mind To create a LinkedIn page that works for you and your business, follow these guidelines: Be thorough, and use all of the tools you have available to you. This means
2 comments
Read more

As a boy, pope wanted to be a butcher 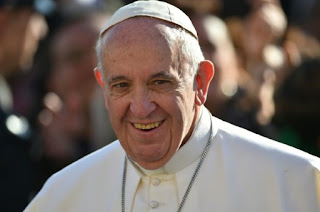 #Humanity When he was still knee-high to a grasshopper, Pope Francis never dreamt of becoming the leader of the world’s 1.3 billion Roman Catholics. His secret desire? To be a butcher. “When I was little, there were no shops where they used to sell things,” the pontiff said in an interview published Friday, as he recounted his life growing up in the Argentine capital, Buenos Aires. “ There was a market with a butcher and a fruit-seller. I used to go with my mother and my grandma to do the shopping. I was little, four years old. And they asked me ‘What do you want to be when you grow up?’ and I said ‘butcher!’.”  The revelation came during an interview with a Dutch paper, “Straatnieuws”, sold by the homeless in the central city of Utrecht.  The pontiff, the first to grace the Vatican from Latin America, also confided that he missed being able to walk on the streets.  In his modest district of Buenos Aires, there was a small square where he played football, although with
2 comments
Read more

How To Make Money Through Info- Marketing 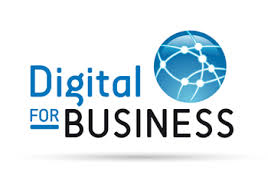 #Business Do you know that many writers, bloggers, and e-marketers are making cool money through info-marketing? In today’s blog, I will let you know why info-marketing is one of the best, most lucrative, and copy-hungry niches to write for .   By the time you finish reading this blog post, you will learn how info-products are created and how you can use this knowledge to generate a substantial income for yourself. I won’t cover absolutely every single detail … but I can certainly tackle the basics.   First let's look at how information marketing is defined . The president of the Information Marketing Association defines it like this: "Information marketing is responsive to and fueled by the ever-increasing pressure on people's time. It's providing solutions to problems in a convenient and useful format."   The formats used to deliver information products include books, audio programs, videos or DVD's, magazines, newsletters, e-books, memb
1 comment
Read more
More posts